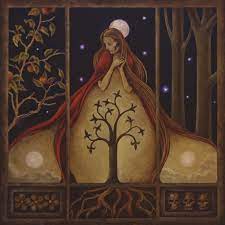 Born in the 1930s Oba Minako witnessed the mushroom cloud of the atomic bomb. Even when fleeing from World War II air raids to safety, tucked under her arm was a book. Her intensive reading developed her love for writing. After marrying Oba Toshio, she lived in Alaska for 11 years. Being able to leave ... read more

Born in the 1930s Oba Minako witnessed the mushroom cloud of the atomic bomb. Even when fleeing from World War II air raids to safety, tucked under her arm was a book. Her intensive reading developed her love for writing. After marrying Oba Toshio, she lived in Alaska for 11 years. Being able to leave Japan’s controlling views on women, she was exposed to new teachings and ideologies.

Oba’s “The Smile of a Mountain Witch” which was published in 1936, is showcased in the book “ Stories by Contemporary Japanese Women Writers”.“The Smile of a Mountain Witch” enlightens readers about cultural bonds that not only Japanese women face, yet other people as well. She creates characters based on the tales of Yamauba. Yamauba is a mysterious old woman who lives far in the mountains. She is feared and noxious so she is labeled a witch. Oba’s Yamauba takes human form, she can hear the thoughts of other people. This power becomes the jurisdiction of how she lives her life. She utilizes her ability to conform to the wants and expectations of others around her. Even having dreams where she would escape and live in the mountains, would be crushed by societal norms and scrutiny.

Oba does a remarkable job of changing the stigma created around Yamauba and allows readers to gain a sense of sympathy and connection to this character. In many cultures, not just the Japanese, women’s thoughts and words are thrown to the side, neglected, and ignored. In creating this universe unshackled from the traditional norm, women can have a voice and challenge stereotypes. Oba highlights methods society would use to make women feel inferior. She places her characters in the spotlight (good or bad) in a way to ridicule those who belittled her.

I find some connection between the protagonist and me. I do find it difficult to be outspoken because I’m constantly thinking about the reactions my environment would give. Being in a society where we were told to hold our tongues doesn't exactly help that either.

I would recommend this book, especially to those who would want a twist on conventional stories. The side research that I’ve done to learn more about the Yamauda and Japanese myths was captivating. I would rate this book an 8 out of 10. For the missing two points, I believe the end was hard to follow and I wished I had more clarity on what happened to the protagonist.

What do you think it implies when the witch compares living in the mountains with having the heart of a mountain witch and living in a settlement? Do you think this relates to feminism?

Edit Reply
What struck me the most in the reading was when the daughter said she had outlived her usefulness. The mother lived by the expectations of people instead of how she wanted to live for herself. When her daughter said that phrase, do you think she said it with malicious intent or as a way to release her mother of the burdens she placed on herself as a woman?
Edit Reply

“Deviance and Decay in the Body of a Modern Mountain Witch: Ōba Minako’s ‘Yamanba No Bishō” is an article in which Kelly Hanses analyzes how Oba Minako’s use of speech

to create a modernized version of the mythological tale Yamauba. Using the short story “The Smile of the Mountain Witch” Hanses continues to illustrate how women's voices were regarded historically in Japanese society. She excerpts a quote from Onna Daigaku (Great Learning for Women 1716) to emphasize the consequential words of women in the past. How speaking would result in a woman's and her family legacy’s absolute demise. Utilizing Japanese folktales, to add to the persona outspoken women would be perceived as, Oba creates women as creatures/monsters, which would be something males would fear. The parallel of a monster being banished to live isolated in the mountains is compared to how a woman would be treated by society for having an outward opinion. Hansen highlights Oba’s use of Katakana as the main protagonist.  Katakana, is one out of the three Japanese writing styles that is mostly used for foreign words. While in her young years the protagonist would be able to freely speak. Even with words that were not associated with her country. There were no boundaries to what she could/ couldn't say. The older a child grows the more cautious they have to become about how they speak. Their orality subsides, while their awareness of their presence increases. Oba puts atypical female characters into challenging environments. Rebecca Copeland detects that when Oba uses her feminist expression it “involves an act of imagination that goes beyond the ‘normal’ human world, precisely because the normal world is male.” Oba generates her mythical place that is shifted away from the male agenda. Even though Oba didn't intend for her mythological spaces to pursue a strong feminist grasp, many readers view her as a feminist writer because of it. For those who want to learn about the origin of the protagonist's internal conflicts, read this article. It would help you to better study the characters actions alone, and with others.

“Ōba Minako the Raconteur: Refashioning a Yamauba Tale” written by Michiko N. Wilson observes Oba's fascinations in her youthful years and how these fascinations contributed to socioculturalism that is depicted in her later works. The supernatural characteristics of a Yamauba in “The Smile of the Mountain Witch” Oba exhibits in her writing awarded her a spot in the Shincho magazine in January 1976. Oba uses the tales containing the legend of Yamauba to talk about mutual relationships between men and women. She alters the original tale from petrifying creatures who lure and trick humans for their next meal, to a shift where the reader can feel remorse at some point for these “creatures”. All interactions between men and women stem from sexism and the connection of the primitive fear toward women. The irony is accentuated when men are called out in their role in the stigma towards Yamauda. Yamauda is condemned to be cannibalistic beasts, and society can only survive when exiled into the unknown. Which is manufactured by the male angst towards women. Uncertainty leads to judgment and fright towards femininity. Showcasing how post-war Japan continues to perpetuate gendered stereotypes, in domains such as government work and many more. During the Edo period (1603 to 1867)  a woman’s desirability would be based on her actions. The Yamauda in Oba’s story transitions into almost an obedient lifestyle. They are obliged to hieratical standards, while their male partner can portray any emotions freely without fear of castigation. This article informs us more about the stories of Yamauda and where it derives from. It allows us to see where the men play in traditional times.

In Vanessa Papastavros’ article “Miyazaki’s monstrous mother: a study of Yubaba in Studio Ghibli’s Spirited Away,” she analyzes the characterization of female antagonists in Japanese film. Explaining how they are connected to cultural norms and transgression of gender. Ubiquitous and socially based stereotypes magnify Japan’s portrayal of monstrous mothers. Female antagonists were portrayed to induce fear in their audiences. Scrutinizing reproduction and sensual functions of the human body, and demoting women from that role. These perceptions push all communicative or traditional responsibilities that a woman would carry out as “other”. In writing or animation, the description of the woman is key to how viewers would react and feel about them. Papastavros uses psychoanalysis in her article to explain Japan’s fluctuation of the narrative portrayed motherhood. When the woman is represented in how society wouldn’t deem fit, the possibility for a connection with the character is already starting from a skewed lens. Papastavros uses the film “Spirited Away” to spotlight the ability of a woman to be shown as demon and a mother at the same time.

“Excerpts from The Great Learning for Women (Onna Daigaku).” is a rulebook provided by the author Kaibara Ekken to advertise Confusious codes towards children, parents, couples, and what is now going to be discussed, women. Ekken being a Japanese literature scholar was heavily influenced by Chinese literature. During Edo/Tokugawa Japan he promoted inflexible regulations for mothers, daughters, and wives. Starting with a code that seems very significant due to Ekken’s use of grammar and tone, was a woman honoring her in-laws the same way she would her parents. She must follow every rule that is commanded of her by her in-laws. Even when her in-laws do not want the best for the woman she should not pick fights with them and remain obedient. Next, Ekken introduces the idea that a woman should look at her husband as her lord. The theme of obedience is plastered throughout the “rulebook”, at times when aggression and violence are targeted towards the woman she must maintain a ladylike persona, which essentially means to not defend herself and stay put. The lack of vital care intake the woman has is prominent as well. Waking up early in the morning and sleeping late at night, not drinking or eating too much, and the constant need for the house to be in order with duties fulfilled. Women were strained with no gratitude for their work. Lastly, Ekken broaches the concept of “the five worst infirmities that affect women” As he goes on to list: indocility, discontent, slander, jealousy, and silliness, he ultimately concludes and states straightforwardly that women are inferior to men. As well as, when mistakes are made it would be the fault of the woman for not having her mind in the right space and not paying attention to her tasks. If the woman, perhaps finds someone to blame, it would lead to the presumption that she is jealous of them. This relates to Oba’s short story because these are the established societal rules that surround the protagonist and govern her life.